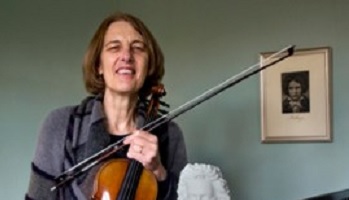 Margaret regularly provides violin and viola coaching to the orchestra and is closely involved with the beginners’ group. Her early career took her to Austria where she played in the Tiroler Symphonieorchester, Innsbruck. She returned in 1979 to join the newly-formed Opera North; working there for 4 years before leaving to start a family. Since that time she has combined freelance work with teaching and coaching. An enthusiasm for string quartet playing, while at music college, has developed into a life-long love of chamber music. Margaret comes to YLSS with a desire to communicate the joys of ensemble playing. 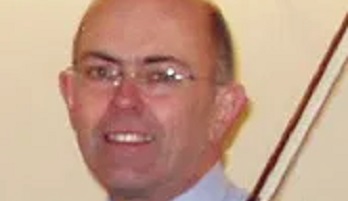 Andrew’s career has combined both playing and teaching since finishing at the Guildhall School of Music and Drama in 1982. Five years in the Icelandic Symphony Orchestra followed before returning to the UK in 1988. Part time teaching and freelance playing continue to this day. Whilst Andrew is still active as a player he also enjoys directing various groups and ensembles and thanks to his association with YLSS, an enthusiasm for tutoring adult learners of Violin/Viola has developed. 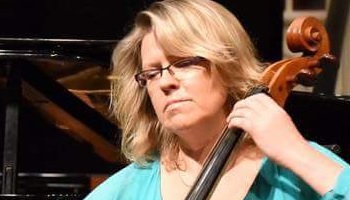 Miriam was a member of the Orchestra of Opera North in Leeds until September 2006 when she left to join the String Faculty of the Royal Irish Academy of Music in Dublin where she was Head of Strings between 2012 and 2015. Her solo, chamber, orchestral and educational commitments take her worldwide. She has given masterclasses in China, Poland, Finland, the USA, the UK and Ireland. Miriam is principal Cello of Camerata Ireland with whom she has toured extensively in China, North and South America and throughout Europe. 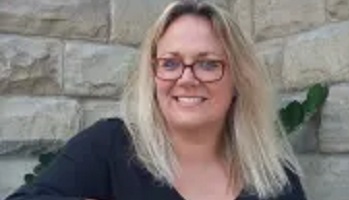 Sam originates from the North East but moved to London to study. It was here that Sam discovered her flair for teaching which has become something that she is really passionate about.  Sam was fortunate enough to develop her craft under the guidance of numerous ESTA mentors. (European String Teachers Association.) Sam moved North again in 2002 to be with her now husband and started once again to build her own teaching practice. Sam is a firm believer in building strong foundations right from the start, whilst always enjoying what is being asked. Sam founded Cellissimo Yorkshire in 2016, which is a monthly cello orchestra for adult learners, once again the importance being on learning through enjoyment, and also a love of cake is a vital requirement!  Sam plays regularly with her quartet, Serenade String quartet. On the odd day off Sam enjoys, walking, gardening and spending time at home enjoying the company of Simon, her husband, and her two rather troublesome cats, Dickie and Onslow. 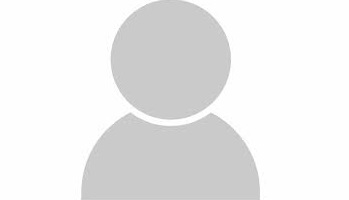 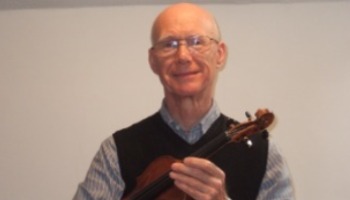 David is now retired as a long-standing member of the orchestra of Opera North, where he held positions as both sub-principal and principal in the first violin section.  He previously played with the Scottish Chamber Orchestra, the Scottish Baroque ensemble and Scottish Opera.  He also spent time in West Germany as guest Co-principal second violin in the Staatsteater, Kassel and for many years was the violinist of the Ridings Piano Quartet. David has performed as soloist in concertos by composers such as Bach, Haydn, Mozart, Bruch and Mendelssohn. Throughout his career David has had a continued interest in teaching; he teaches privately, and on the instrumental staff at the University of Leeds.  He has had many successful exam candidates at all levels, with many continuing on to gain distinction at diploma level. In addition to his musical activities, David has a degree in history and trained and worked for a number of years as a voluntary bereavement councellor.  He loves serious walking, visiting galleries, reading, opera, and the cinema.